The debrief: The importance of maintaining togetherness in times of crisis 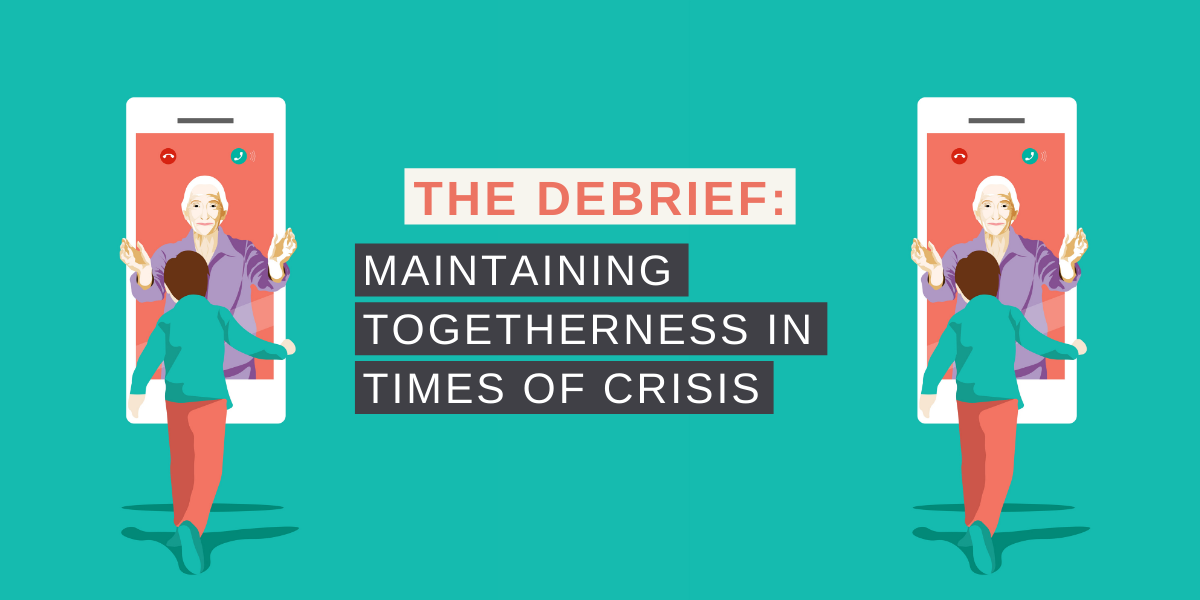 Lockdown is slowly beginning to ease; people’s lives will gradually return to the way they once were and I’m hopeful that the lifespan of the phrase ‘the new normal’ is limited.

Everyone has had to adjust to a dramatically new structure of society and so have the brands we deal with on a daily basis – from technology companies to supermarkets and pubs. It feels like now is an appropriate time to look back at some of the responses from brands (mainly pubs) in the UK to see if or how the actions they took can be applied to the b2b space.

But remember: crisis management is never as straightforward as we’d like. When dealing with awkward and difficult situations such as a global pandemic, I believe it’s paramount to maintain togetherness between all business stakeholders. The best way forward, is together.

Forgive my indulgence, but there’s one quote that really resonates with me here, before I delve into the first crisis response I wanted to discuss. The quote is from one of my heroes, Jock Stein, who said: “Football without the fans is nothing”.

I have always thought that the same goes for businesses. Without a specific group of stakeholders, most organisations would cease to exist.

As lockdowns and furlough schemes were put in place, one high-profile story that hit the media was that of Premier League football clubs, such as Liverpool and Tottenham, announcing they were furloughing non-playing staff.

Many were shocked that players, most of whom were on multi-million pound contracts, were still getting their full wages while lower paid staff were losing out. The criticism in the media and across social platforms triggered football clubs to change their stance and players agreed to wage cuts.

Then there’s Wetherspoons which, if you’re not familiar, is a pub chain in the UK and Ireland. Lockdown meant that all of its locations had to shut practically overnight and since there was no money coming through the tills, it too decided to furlough employees. This was announced in a video to all of Wetherspoons’ 40,000 staff, in which CEO Tim Martin suggested staff could get jobs elsewhere, such as Tesco, rather than wait for money from the government’s furlough scheme.

The announcement incensed many of the company’s employees and led to numerous national news outlets covering the decision, generating headlines such as “Wetherspoons refuses to pay staff and tells them to get jobs at Tesco instead.”

Greene King, another major pub chain in the UK, faced a similar situation. The company has been met with fierce criticism on social media and in the media for asking its pub landlords for rent payments, despite not having any cashflow. Landlords took to social media with the hashtag #NoPubNoRent to protest against Greene King and the public widely showed its support.

As a consequence of the social media outcry, Greene King opened individual discussions with landlords, as well as launching a support fund to help landlords financially.

All of these incidents demonstrate the importance of having dialogues with key stakeholders prior to any major communication to gauge what the reaction might be. In retrospect, no one could have possibly foreseen the lockdown, suspension of sports and closure of pubs, but many brands could have dealt with it better.

Of course, there’s no easy fix to a situation as big as this. Nevertheless, the lack of consultation with employees and consideration of how the public would react, caused damage to these entities’ reputation and trust with customers.

Who got COVID crisis comms right?

With the situation that we’re in, it’s extremely difficult to find an outcome that will keep all stakeholders happy. The scale of the pandemic has meant that almost no one has been left untouched by its impact. Decisions to furlough staff will not have been taken lightly. Some countries don’t have these schemes and organisations so, to guarantee their survival, businesses have had to let staff go.

Brewdog, another pub chain and brewery, had to close its pubs just as Greene King and Wetherspoons did. However, the difference is that it adapted the distillery side of its business to weather the crisis.

With no pubs selling its beer, there was no demand for the usual production from its breweries. So, the company decided to switch its production and begin manufacturing hand sanitiser as demand soared and supplies were limited. This kept the breweries running and a larger number of its employees working.

Today, the company is now approved to supply the NHS with much needed hand sanitizer. The breweries have been manufacturing round the clock and it has turned into a massive PR win.

Brewdog certainly considered the broader perspective and put its personnel and infrastructure to work for the benefit of its employees and society in general. And admittedly, I’ve since bought more Brewdog beers than I ever had before COVID-19. When the pubs reopen, I think you know which one I’d prefer to spend my money in!

Applying the lessons learnt from pubs to the b2b space

From football and pubs to the world of b2b. Who would’ve thought? But there really are grand lessons to be learnt here.

The responses from Wetherspoon and Greene King were intended to be internal, but both blew up unlike anything they would’ve wanted. Meanwhile football clubs, which are never out of the public eye, were always likely to receive criticism from their announcement to furlough non-playing staff.

Any crisis comms has to take a cautious and considered approach and these incidents above show a complete contrast of good and bad. While some just thought about how best to survive this crisis, Brewdog went a step further and thought about how it could help wider society during the pandemic.

But that’s not the only takeaway for b2b brands. PwC recently released its seven steps to effective crisis communications, set out to advise company communications during the coronavirus pandemic:

Businesses need to apply these factors carefully and thoroughly to their own unique situations to better manage communications during this current and any future crisis.

And remember, failing to maintain togetherness of all key stakeholders can leave one or more groups feeling neglected and angry. This can cause irreparable damage to a brand’s reputation and customer trust, paving the way for competitors to take over.

Do you need help developing a crisis communications plan? Get in touch at hello@rlyl.com to find out how we can support you. 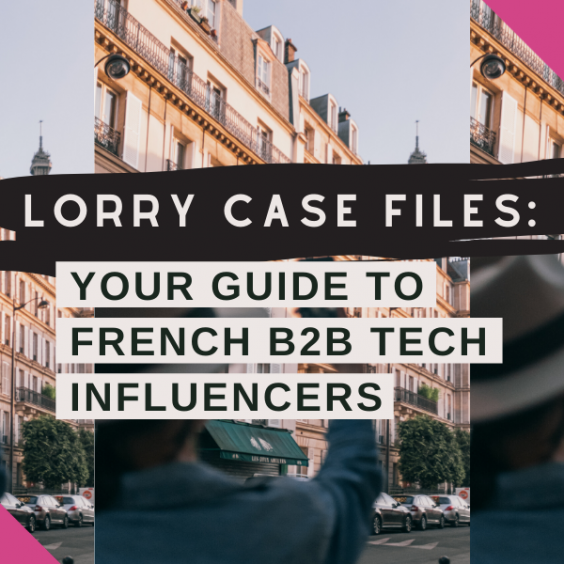 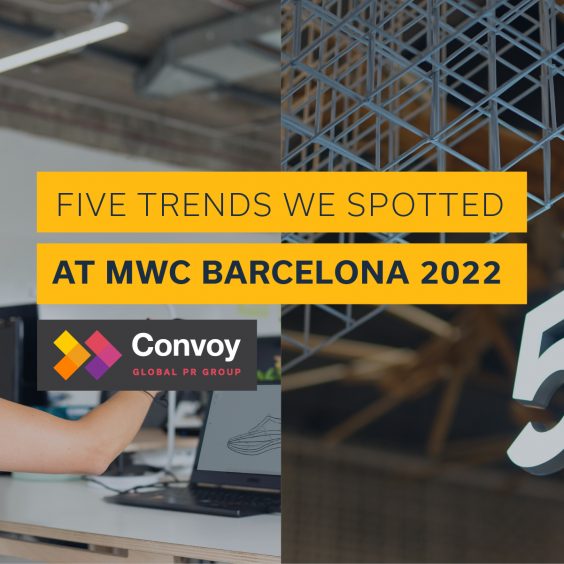 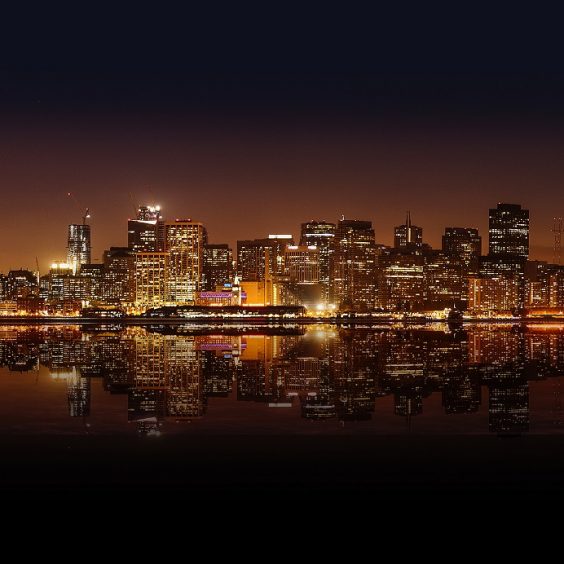 Left it late? 5 PR hacks to make your RSA strategy a success