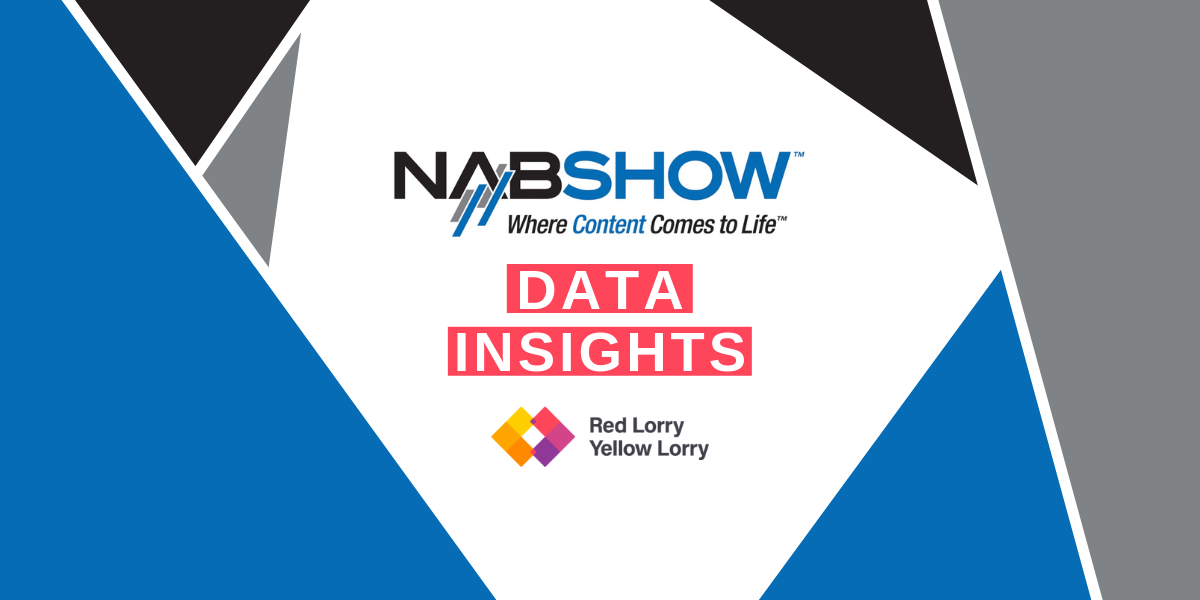 Lights, camera, NAB2019. The annual pilgrimage to Las Vegas begins on Saturday (April 6-11) for NAB2019. Once just a trade show for the broadcast industry, NAB2019 now aims to attract buyers, technology professionals and enthusiasts from a variety of sectors including education, eSports, gaming, podcasts and even government and houses of worship.

As team lorry prepares to pack its well-heeled bags for the Las Vegas Convention Centre once again, we took a bit of time to analyse the conversation ahead of this year’s show.

Using one of our monitoring tools, Brandwatch, we looked at variations of NAB mentions in public platforms like non-paywall news sites and blogs, as well as non-private social media, forums and other media outlets in the month leading up to the show (1 Feb – 31 March). We included mentions of keywords like “NAB2019”, “NAB Show”, “#NABShow” and “National Association of Broadcasters Show” to help outline what was being discussed, by who and where. This uncovered more than 20,000 mentions, so we focused on a random sample of data (10%) and managed to pick out some trends.

NOTE: The data reflects the number of mentions around NAB, it doesn’t necessarily reflect the quality of content around NAB.

We are slowly getting to peak NAB

It’s no surprise to see that mentions have been steadily rising over the course of the month as we head towards the show. The most popular day of the week has been Thursday, followed by Wednesday and Monday for announcements. Most mentions appeared between 2pm and 5pm (UK time) which reflects the fact that it’s a US show. Announcements tailed off over weekends as the audience is largely b2b, but this seems a bit short-sighted in today’s mobile-first world.

The weekend trend will be reversed as the show kicks off for customer events and press conferences on Saturday and opens to the wider public on Monday. Most announcements are likely to happen early at the show – so the whole weekend will certainly be busy. Avoid these days unless you’ve got a show-stopper of an announcement. For smaller vendors or for less news-grabbing announcements, Tuesday or Wednesday during the show are often good days for pushing out news. By then journalists and analysts will have spent time with bigger brands and advertisers and will be more open to look at other companies.

Looking at the key topics in the lead up to the show, video topics proved extremely popular. If you dig deeper, IP video, live video, digital media and video editing are common themes. Content specifically around post-production and live streaming also appears often, along with topics like OTT and cloud, so you can expect to see these topics featuring heavily in show announcements. One interesting thread that appears behind many of these topics is next-generation technology (i.e. augmented reality, machine learning and artificial intelligence) which looks like it could cut through even more this year. Topics like 4K – which has featured prominently in previous years – are mentioned, but perhaps less often than before as innovations begin to move beyond the technology.

Despite the expansion of the show to go beyond M&E, media and broadcast technologies are still a central part of the discussion. Naturally, in the lead up to the show, many vendors are focused on driving as many visitors as possible to book meetings or pop by their booth. 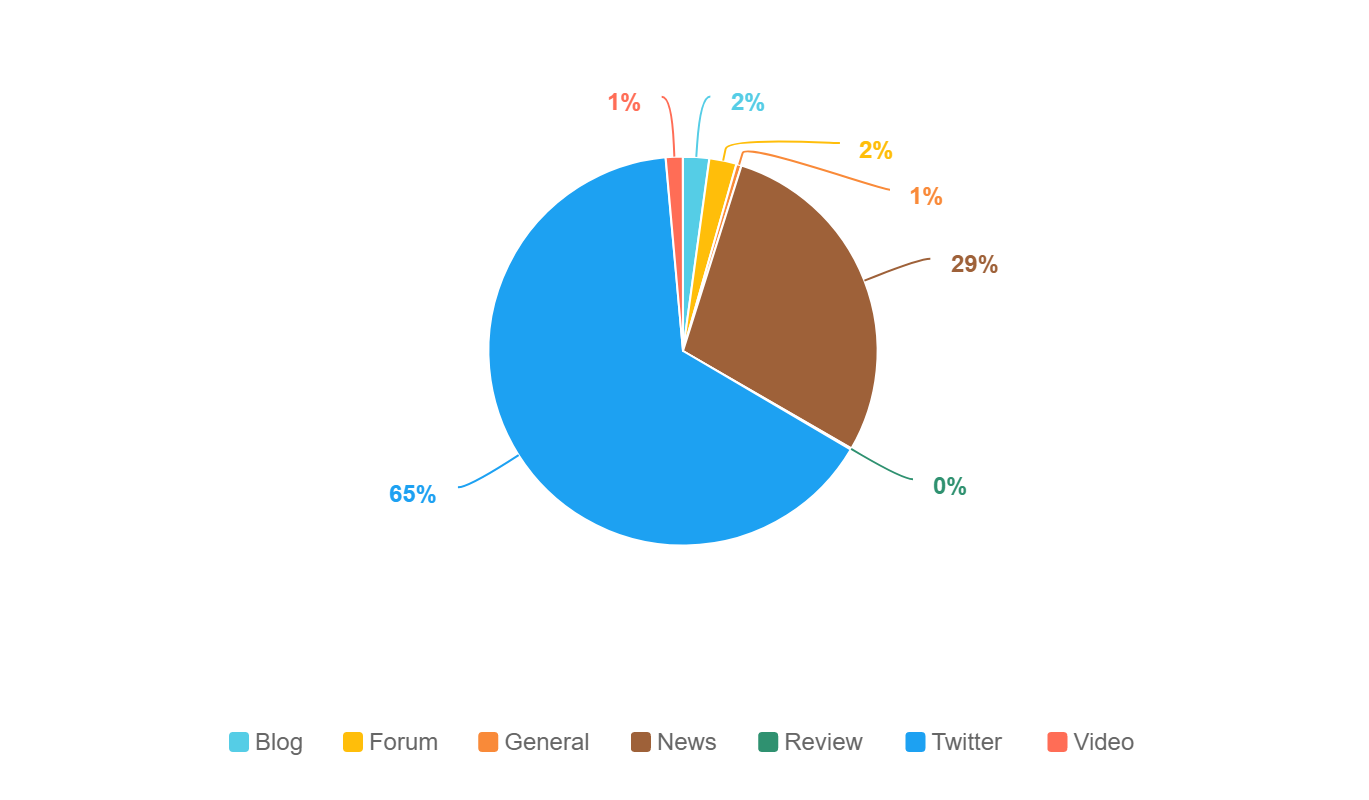 If you look at where most of the mentions are happening, 65% are coming from Twitter. This is unsurprising, as Twitter mentions are generated more often than other platforms and brands tend to tweet regularly to promote content. Most monitoring tools can’t look at content behind paywalls, but a look directly at b2b-focused platforms like LinkedIn shows that both companies and their employees are actively promoting their booths at the show and encouraging visitors to pop by.

Outside of social media, close to 30% of mentions appear on news sites. It’s interesting to see that a lot of the NAB-related mentions still come via press releases, so many are pushed by newswire sites like Businesswire. This suggests vendors are still tied to traditional promotion strategies to get their news out there. Personally, I’d question the value of wire coverage as most of it gets picked up on sites with less third-party credibility. Plus, the links in wire press releases are often given ‘no follow’ value by the wire companies, so there is very little SEO value for the vendors that pay to push out their news.

The news sites that are mentioning NAB2019 news the most, are still largely traditional broadcast press like 4rtv, C&T, TV Technology, Broadcast Beat and TV-BAY’s Kitplus, with the majority of these sites focusing on product news rather than thought-leadership content ahead of and during the show. It’s fair to say that alot of the sites mentioned in the data like 4rfv accept press releases so naturally they will have more mentions of keywords like ‘NAB’. Other news sites like NewscastStudio and Broadcast are publishing NAB news too but don’t get picked up in the data as they don’t feature as many press releases.  One thing this top sites list does suggest however, is that the NAB2019 organisers still have a bit of work to do to make the show relevant to sectors beyond its traditional broadcast press heritage. 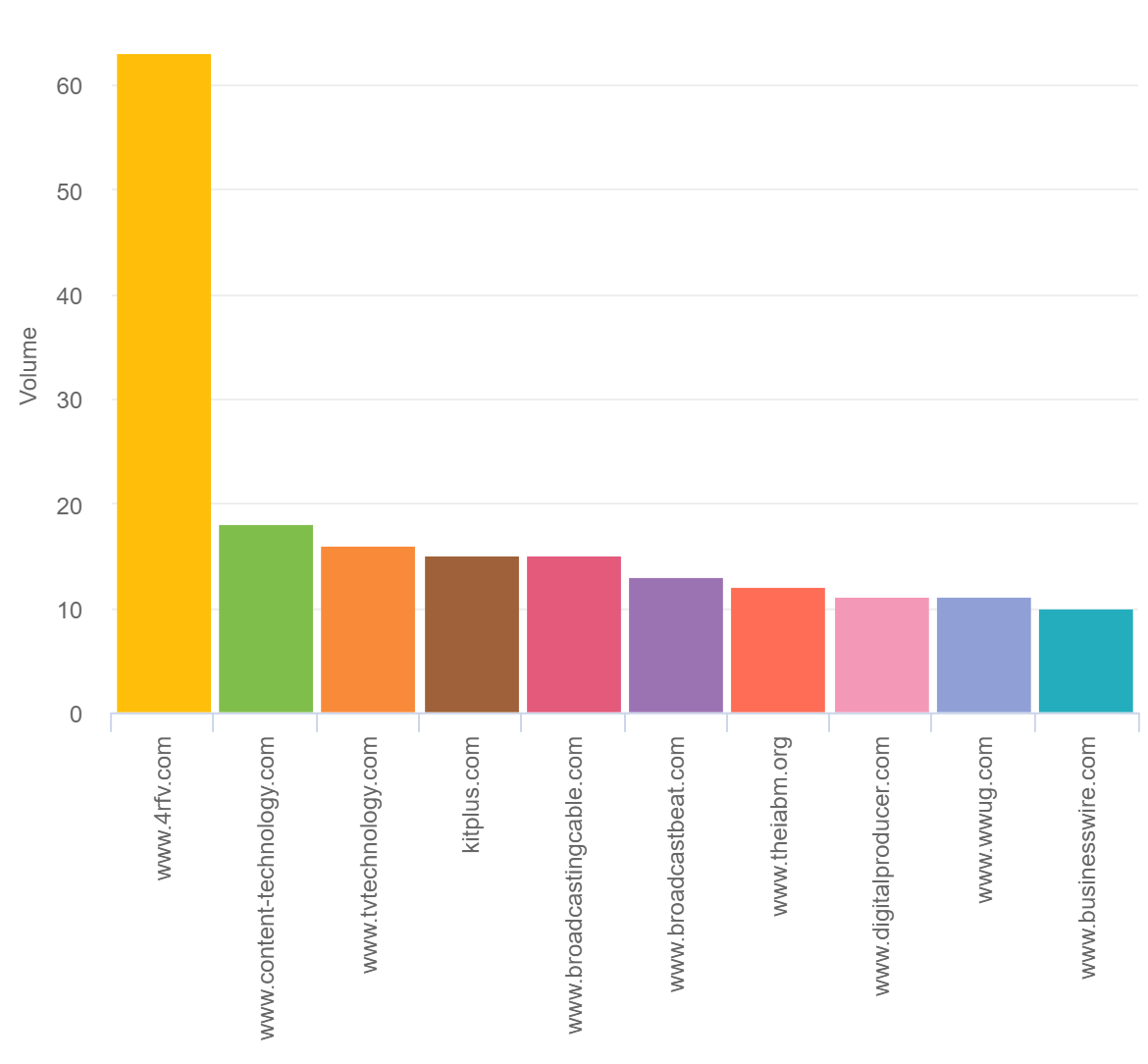 Very few NAB2019 discussions were picked up in other platforms like forums or blogs. They may be happening, but are likely to be in private communities for job functions like engineering, operators and IT teams. Interestingly, very few discussions happen on video platforms like YouTube, Vimeo and Daily Motion. That’s perhaps not surprising seeing as these aren’t traditional b2b channels, but what is clear is that vendors and influencers are still relying on traditional written content to get their messages across. Given that video and broadcast is key to the industry, it’s surprising that so many vendors choose to tell their stories on traditional news platforms and not through video or audio content.

NAB2019 is twittering along

Given that there are 20,000 + mentions of NAB-related terms (and that’s just the stuff we can see that’s not behind a paywall or private), there is undoubtedly lots of social content flying around. We sometimes hear from heads of marketing and PR that social media isn’t important to them, but what’s clear is that many brands and influencers are increasingly using social channels to get their message out to a wide audience.

The top stories linked to on Twitter include a giveaway competition from video collaboration platform, Wipster. It is giving away a ‘content creator kit’ and shows the value of brands going beyond the simple ‘come and visit us at NAB’ message. Our client Avid has also been particularly effective in promoting Avid Connect – its Avid Customer Association’s annual Connect gathering – right before the NAB Show. But aside from that, most vendors have looked to promote their booth at the show by simply linking to their page on the NAB site. When you think of how brands offer videos, live chats, behind the scenes or giveaway content ahead of consumer shows like CES, then NAB marketers could still do more to stand out.

The top hashtag that is being used in tweets and retweets is the official hashtag #NABShow. #NAB2019 was a close second. Most other hashtags get used a lot less, but vendors could use hashtags like #broadcast, #ott, #media and #ai alongside the main ones, where relevant, to boost discoverability.

The most mentioned tweeters were unsurprisingly the organisers, @NABShow. But smaller brands like @wipsters and @filmicpro have been mentioned in NAB-related content too. News site @BroadcastBeat has also done well and has been mentioned and retweeted by lots of companies.

So there you have it. There’s plenty of discussion happening in and around NAB as we head to the show. It should be a great show! If you’re at NAB2019 and fancy catching up with the lorries, email us at hello@rlyl.com. We’d love to see you there! 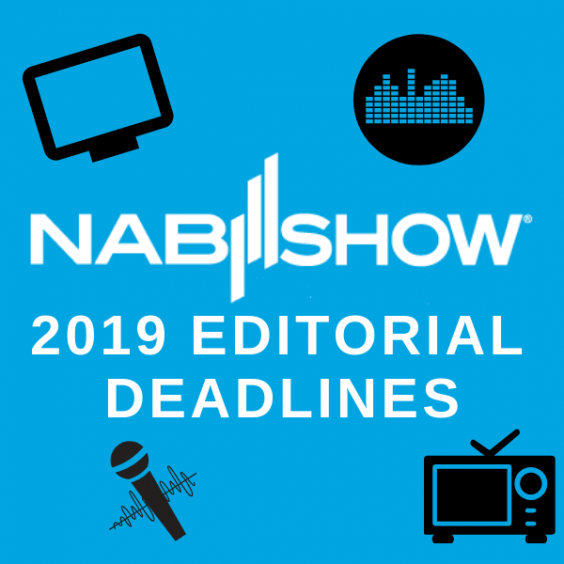 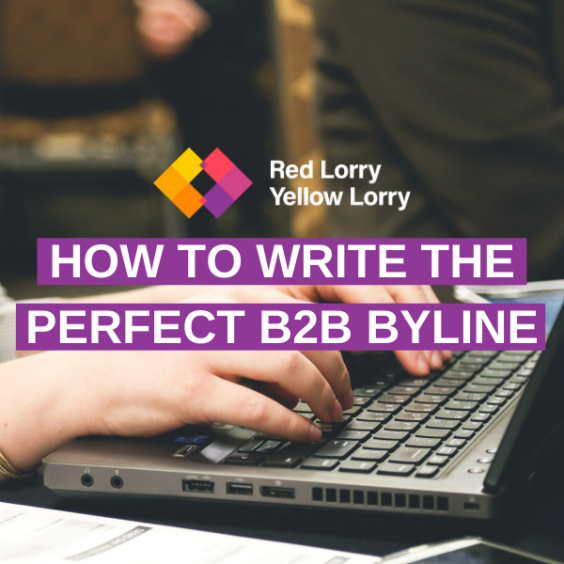 How to write the perfect b2b byline 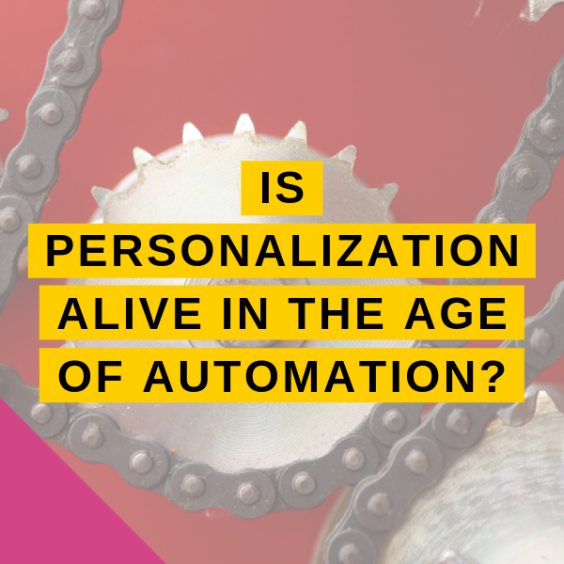 Is personalization alive in the age of automation?