By Rob Ettridge in BlogInternational PR
On September 28, 2018 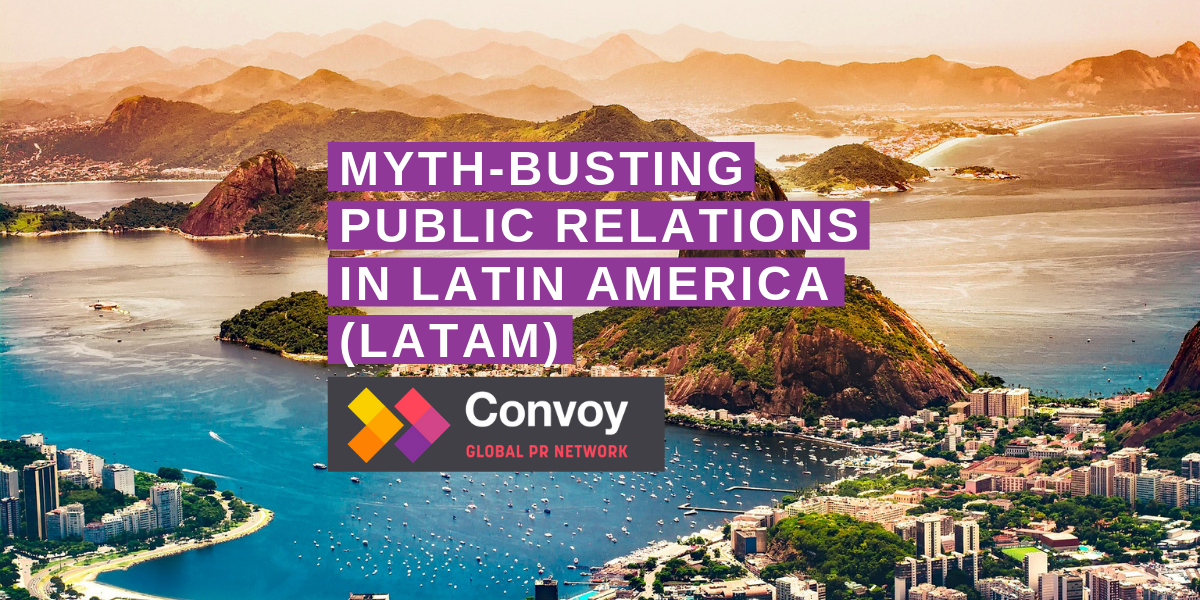 When it comes to myth-busting PR, some of the most common questions we are asked by US and EMEA companies are around how to build a brand, product or service in the LATAM market. Should I translate materials? Do I need local spokespeople? How do get the LATAM media interested?

We asked Latin America Public Relations gurus, Mauricio L. Figueras, President of Interamerican Marketing Solutions (IMS), and Vania Gracio, CEO of Sing in Brazil for the lowdown. They gave us a raft of useful insights on how best to approach these markets. Both are part of our lorry partner network, Convoy.

What are the common misconceptions around doing public relations in Latin America and the Brazilian markets?

Mauricio L. Figueras: The most common one is that you can treat the whole region as a single market, when in reality each country is distinctive – with different languages, cultures, ways of working and laws. Of course, the biggest difference is between Portuguese-speaking Brazil and the rest of the region. But even in Spanish-speaking LATAM, there are variations in words, dialects and cultures, and communications need to be localised.

Some brands think they just need to send out a Spanish language press release, but it’s not as simple as that – you need to tailor your news and tactics to each country.

What are the key challenges for businesses trying to do public relations in Latin America (LATAM)?

Vania Gracio: Brazil needs to be treated as a separate region entirely, and it’s a challenging market. The Portuguese we speak is even different to Portugal, so if you create content for this market, always get a Brazilian to proofread it – or you will be able to tell.

In Brazil, we separate the corporate from the personal. For example, unlike perhaps in Mexico, you would never hold a business event at night – the days are for business, and the evenings are for partying!

Our journalists are very tough, too. They really want to know what’s in it for us. People sometimes think, especially if they’re a global brand, that we’re just waiting for them to launch here, but this isn’t the case! It’s important to do your local research and really show what are you bringing us? What will it do for us? And how much will it cost in our currency?

Mauricio L. Figueras: You need to understand the nuances in each market. For example, at the moment the political climate in the US is causing ripples. Mexico’s currency is not very stable, so it’s more expensive for local buyers just now and some companies are holding off until the currency stabilizes.

Mauricio L. Figueras: We always pitch in Spanish or Portuguese. But if you can’t speak Spanish, don’t use Portuguese for the LATAM market, use English.

Vania Gracio: The same goes with using Spanish for the Brazilian market – always go for English if you can’t speak Portuguese.

How does public relations in Latin America and Brazil differ from the US or Europe, in your experience?

Mauricio L. Figueras: In the US, you have 50 different states, but a company can have one office covering the whole nation and that works fine. But in LATAM, it’s better to have people on the ground in each country. It’s similar to Europe. You wouldn’t distribute the same press release in the UK, Spain and Germany. You would localise the content and language.

Vania Gracio: Brazilian public relations can be a bit underdeveloped compared with Europe – some people still think PR just means press releases. And here you often pay media outlets. You work together to develop the content and there’s a fee – so you need to set aside a budget to pay the media. I know this happens in some European countries but not all.

Also, the regulations and laws can be different. For example, here an e-commerce website legally has to include all contact details on the home page, but I’ve noticed many foreign-based companies don’t do this.

Do you need a local public relations spokesperson?

Mauricio L. Figueras: We certainly prefer to have a local PR spokesperson with local contacts and knowledge. But there are ways round it – like we could put on a webinar, and let people know the content will be in English. The big media companies will always have English-speaking journalists.

Vania Gracio: As long as you understand the local, laws, culture and language, you don’t even need to be in Brazil. But then it makes sense to use someone like us to translate and localise content.

If I don’t already have customers in the region, can I still use public relations to build a customer pipeline?

Mauricio L. Figueras: It’s definitely a benefit to already have customers in the region, as this carries weight with the media. If a company is really well-known in their sector, they’ll get coverage anyway. But most companies aren’t big names so it’s best to make some kind of local investment – set up an office or a sales team, for example.

Vania Gracio: Yes, it’s better to have a local customers or at least to be hiring locally as journalists will listen more. But if you don’t, we can help with media partnerships and visibility.

Where are most of the key b2b/tech media based in your region?

Mauricio L. Figueras: Mainly in the large cities – so Mexico City or Monterrey in Mexico, Santiago in Chile, Buenos Aires in Argentina, Bogota in Colombia and Lima in Peru.

Vania Gracio: In Brazil it’s São Paulo mainly. Rio de Janeiro is also a good option. But we have recently seen more happening in the south. São Paulo, like London or New York, is so busy and expensive that businesses are considering locating in smaller places in the south, like Curitiba and Londrina.

What type of content and social media platforms are typically used by B2B audiences in your region?

Mauricio L. Figueras: All the usuals – LinkedIn, Facebook, Twitter. Some are only in English due to lack of resource, but if you’re serious about a market, you should develop regional Facebook pages and content in that language. It can be a mix, too – for example, Twitter press announcements are often done in two languages.

Video content is growing, and we can direct journalists to English YouTube videos, though it is better if there are Spanish or Portuguese subtitles.

Vania Gracio: We follow a lot of the trends from abroad. Visual content engages a consumer audience particularly, but it’s also important for B2B. Brazilian journalists like content with images for B2B. If we have long-form content where it’s too expensive to translate fully, like a white paper or financial results, we may do a summary in Portuguese and then link to the full English version.

Vania Gracio: Their concerns are similar to other markets in that they want solutions to really meet their customers’ needs. And as most B2B tech is launched in another currency, we also need to address price.

Mauricio L. Figueras: Look for an agency that understands the market and have excellent contacts and relationships with local journalists and bloggers. A good agency will help familiarise an international company with the media, and with local customs – like in Argentina, you’d never do a breakfast meeting. They do everything later in the day – a bit like the Spanish – so brunch is fine, but breakfast just wouldn’t work. Whereas in Mexico, breakfast is perfectly acceptable.

And in the US newspapers are suffering, but they’re still strong in many places in LATAM. In Mexico, radio is an important method because there’s so much traffic and many are listening on the go. Also, people in Mexico are distrustful of putting lots of data on the internet so privacy is important – this stems from a high level of petty theft, so they are generally wary.

Vania Gracio: The agency needs to have an all-round service for people looking for Brazilian partners. The skills and services needed go beyond press releases. They need to understand the value of content including social media. Sector-specific knowledge is also very important. There are many local brands competing in the local market. You need to find a local company that really understands the market and industry – that has the ability to see the big picture beyond PR.

What are the key differences between effective marketing and comms in Brazil and Spanish speaking LATAM?

They are quite similar in terms of “strategy”, but you may need to have a different spokesperson for Brazil and other for Spanish speaking countries – Even if the person speaks both languages, local media wants local people.

What are the most effective strategies you have seen work for LATAM marketing and comms overall?

Relationship with the journalist is the key for success. I’d recommend regular meetings between the local spokesperson and the journalists –I was used to meet key local journalist on every trip to Brazil.

What things do companies often get wrong in their approach to the market?

Any other tips for marketers/ brands looking to enter or be successful in LATAM?

Talk about local numbers and the importance of that country for the company and the world. Brazil and Mexico wants to be recognize as important countries and hear how special they are.

If you are interested in speaking to the lorries or our Convoy partners about Public Relations in Latin America, contact us at hello@rlyl.com.

ConvoyMyth-busting PR
Back to Blog 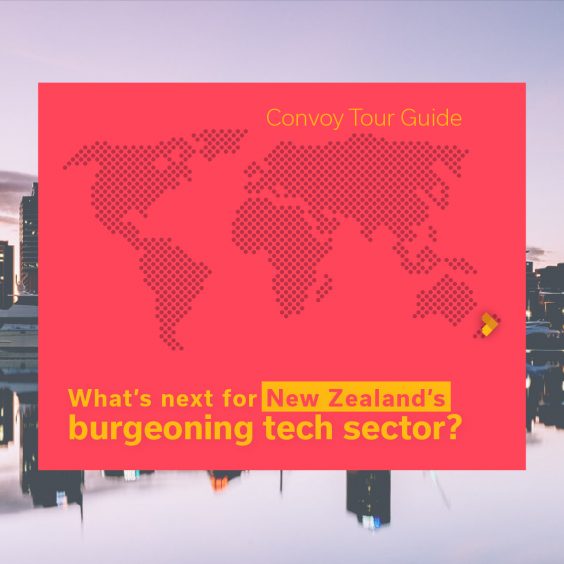 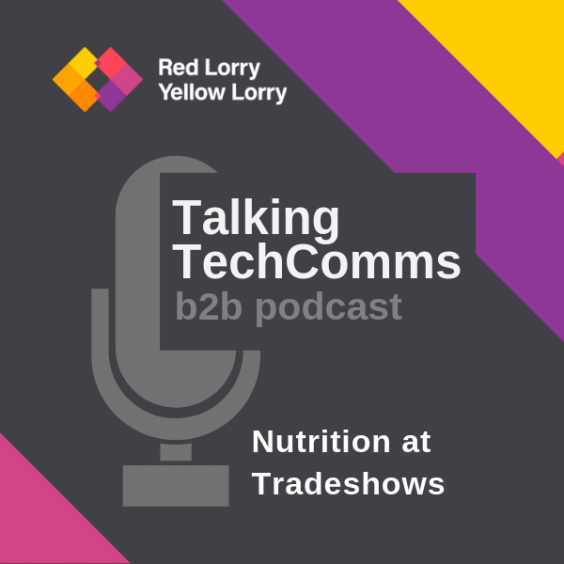 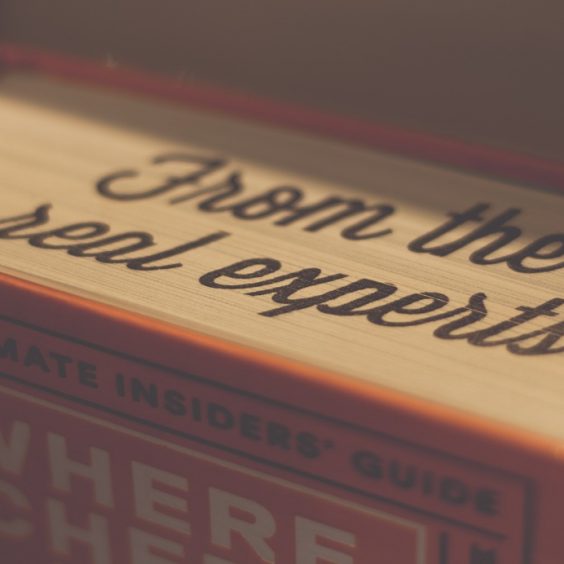