Myth-busting PR in the DACH region

By Rob Ettridge in BlogInternational PR
On August 21, 2019 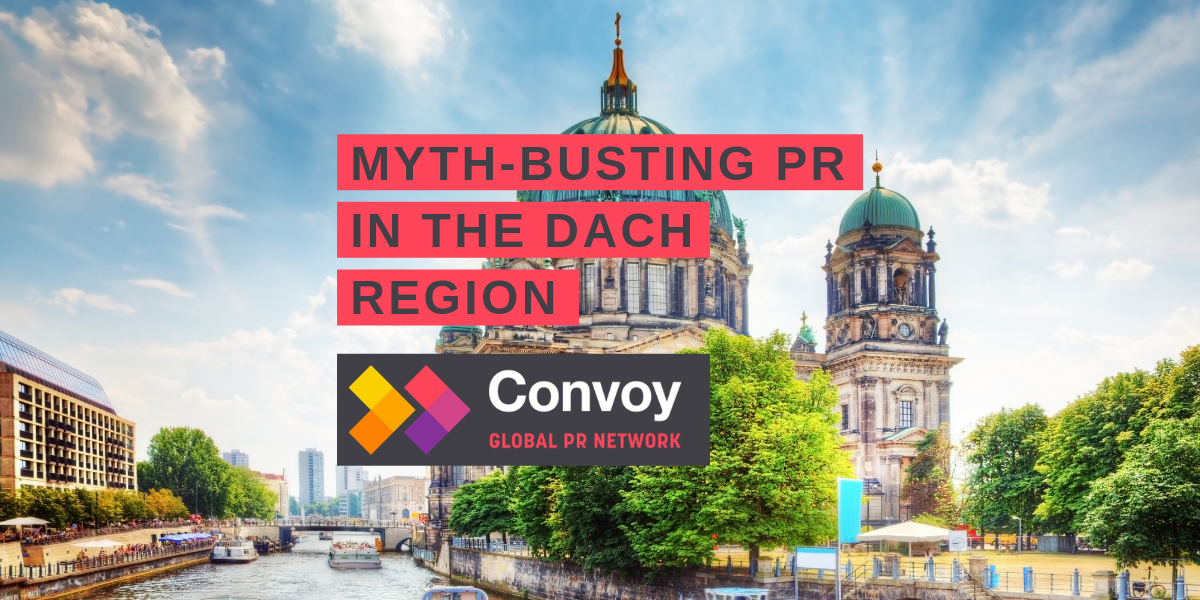 This is it, the cross-over you’ve all been waiting for: the Talking TechComms podcast meets the “Myth-busting PR” blog series.

London lorry Dan Simpson journeyed to Berlin to sit down with Saskia Stolper, our director of Germany, hoping to gain insight into the nuances of conducting a public relations (PR) campaign in the DACH region – comprised of Germany, Austria and Switzerland.

Saskia proved to be a font of knowledge, educating Dan about the complexities of the media landscape, and the key misconceptions businesses fall foul of when expanding into the region.

What are the common misconceptions around doing PR in DACH?

The most common mistake made by companies looking to break into the DACH region is to forget that it’s made up of three distinct countries, even though the German language is shared across them.

Germany, Austria and Switzerland each have their own culture, media landscape, and favoured social channels. The level of journalist expertise also varies between the countries. Swiss journalists, for instance, are more likely to have an in-depth and technical knowledge of the blockchain space than their German or Austrian counterparts.

There’s no such thing as a one-size-fits-all approach to PR in DACH, and each country requires a bespoke approach.

What are the key challenges for international businesses trying to do PR in DACH?

Language poses an interesting question in the DACH region. German is the main language, but French and Italian are also spoken widely and are official languages in Switzerland.

As German speakers, we’re well equipped to run German language campaigns across the region, and have fantastic relationships with many members of the national and tier one press. But, for a campaign targeting French or Italian language media, we always suggest recruiting a native speaker of the relevant language or a local agency.

Unlike the UK where most publications are based in the capital, Germany has no single media hub, making the landscape extremely decentralised. This poses problems when it comes to deciding where to host a press event, for example.

Germany is also one of the largest newspaper markets in western Europe – we have over 320 daily newspapers with a total circulation of 40 million. Many international businesses tend to be focused solely on web coverage, but the importance of print in our region is undeniable. There’s a certain prestige attached to coverage in print media, which is considered inherently trustworthy, unlike content published online.

When pitching a journalist, what would you say are the important guidelines? Is it important to pitch in German?

When pitching German media, it’s important to pitch in German. You would never pitch an English journalist in German, right?

This is where a local PR agency becomes crucial. They speak the language, they know the media landscape, and they may well have an existing relationship with the journalist too.

Beyond using the native language, it’s also vital to get straight to the point when pitching a German journalist. As a group, they are even more averse than most to marketing jargon and hollow language.

Regional flavour is also crucial when pitching a journalist. We have sixteen federal states in Germany, each of which has strong regional pride. Understanding this dynamic is paramount, because it’s intel that can be applied to the relationship building process.

Finally, it’s important for businesses to understand that not every media pitch will result in coverage, especially with national and tier one press. Sometimes pitching is a relationship building exercise – it’s not all about achieving a quick hit.

How does PR in DACH differ from those in the UK, US and other parts of Europe?

As with any region, culture in the DACH region is unique, and the key differences are deeply embedded in how the region consumes media. Though dominated by print, the media landscape in Germany is very diverse and extremely niche.

Pay-to-play opportunities are also commonplace, which is an unwelcome surprise to many businesses new to the region. Commercial agreements with influencers and bloggers are central to the operation of a PR campaign.

Does a company need a local PR spokesperson?

Although it’s great to have a PR spokesperson local to the DACH region, it’s not strictly necessary provided the business partners with a local agency that knows and understands the market.

Perhaps it doesn’t need to be said, but it’s also vital that businesses accept the advice of the local partner they select. An agency is there to consult, based on knowledge and experience of the local market, as much as it’s there to execute the PR campaign.

Can you still use PR to build a customer pipeline, even if you don’t currently have any customers in the region?

PR is an excellent tool in the marketing arsenal, but shouldn’t be relied on alone for lead generation. It should be used as part of an integrated approach.

It’s not the end of the world if a business doesn’t have a customer case study from the DACH region. It’s still possible to build a customer pipeline using international case studies, especially if the company in question is held in high esteem globally.

In DACH, strategy around the use of b2b social channels is slightly different, and we also have platforms that don’t exist elsewhere.

For example, Germany has its own professional networking platform, Xing. It’s similar to LinkedIn, but purely for German speakers. Many people say that German businesses use Xing as their address book, and LinkedIn as their content distribution platform. However, that might change in the future, as Xing has just hired a renowned business journalist to head up content efforts.

Twitter is also used as a b2b marketing tool, much in the same way as it’s used in the UK or US. As ever, it’s important that companies use Twitter to engage with the community, as opposed to just pushing out their own content a few times a week.

Though platforms like Facebook, Instagram and TikTok are all traditionally b2c platforms, I think it’s really important to understand how they’re being used. After all, we’re all communicating along the b2x chain, so sometimes we’re better off not thinking about b2b as such a strictly defined boundary.

What services or skills should you look for in a PR agency in DACH, and why is it important to use a local PR partner?

I always tell businesses that it’s important to use a local PR partner, full stop. That’s the most important piece of advice I can offer.

Beyond that crucial point, select a partner with the expertise most relevant to your business and its goals, and that you connect with on a personal level. You’ll be working closely for the foreseeable future, so it’s important you can form an effective working relationship.

If you had to choose, what would you say are your top tips for brands wanting to break into the DACH region?

Want to find out more about Convoy, our global PR network, or our PR and marketing services, visit our Contact Us page or drop us a line at hello@rlyl.com. 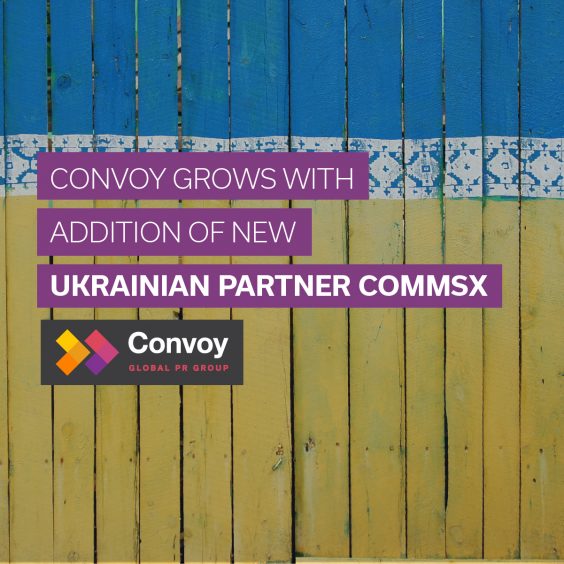 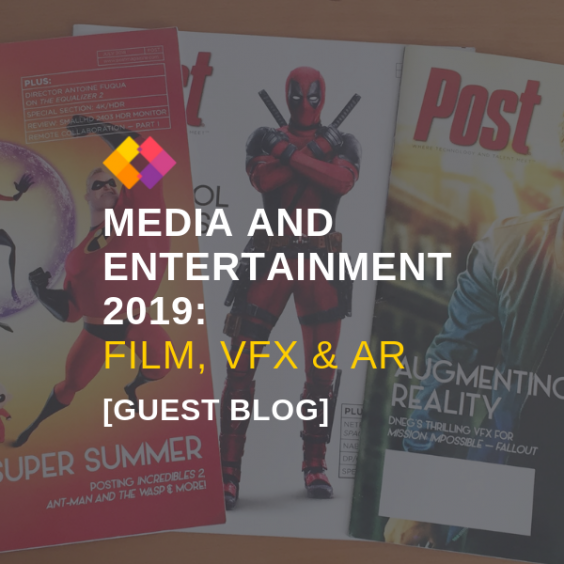 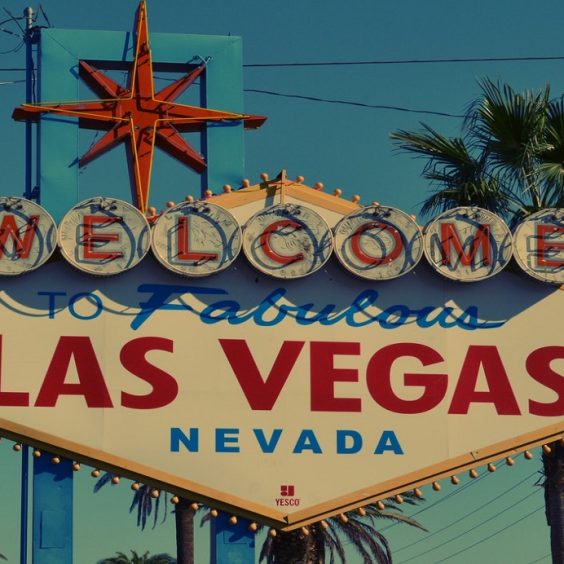 Ten things to remember at NAB 2018