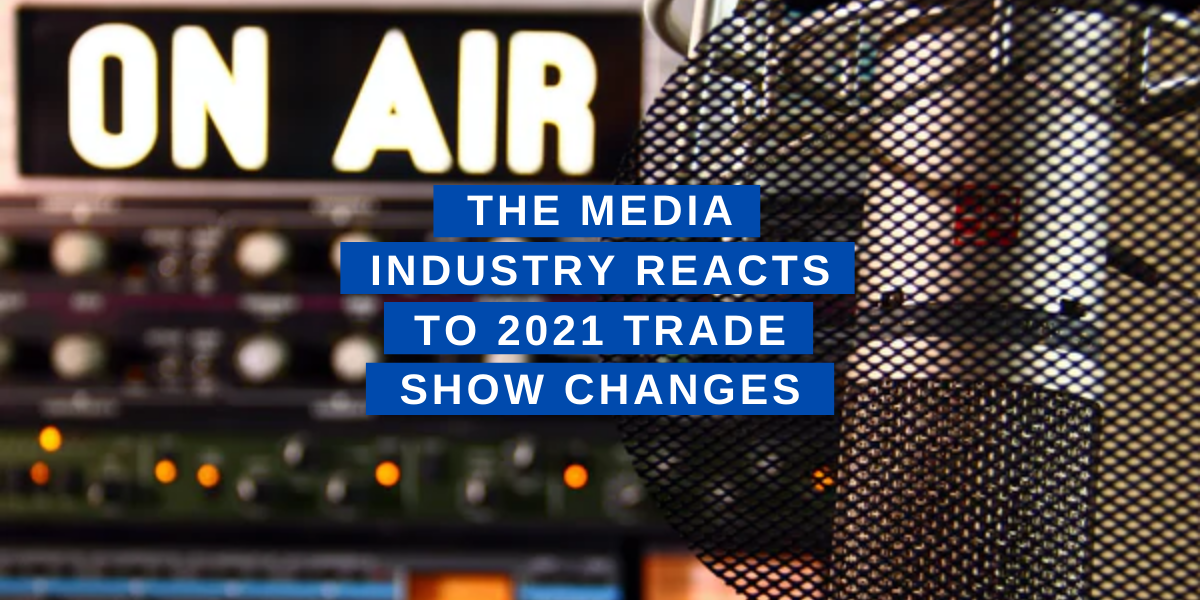 They’ve been canceled, postponed, combined, and moved – the life of a trade show has been ever-changing throughout most of 2020 due to the COVID-19 pandemic. These changes have impacted so many within the media and entertainment industry. It’s been more than six months since the world was put on lockdown due to the virus and media tech marketers are still facing challenges: from rearranging budgets that have been set aside for trade show attendance, to figuring out the best way to launch new products and solutions virtually.

And now with two of the biggest media industry trade shows – IBC and NAB – being just 30 days apart from each other in 2021, media tech companies are facing another difficult decision. Do they still attend both shows, or choose one over the other? Do they go for a smaller presence at each show, or pick one to have a larger presence? And how do they determine which show will draw the largest number of media and buyers? There are clearly many factors to consider and there are mixed emotions about the situation.

TVB Europe recently put out a survey about NAB’s date change and more than 90% of respondents said that “a permanent date change would not be in the best interest of the media tech industry.” When asked if the move would change their attendance at both shows, 37% said they’d attend IBC only, 10% planned to visit both shows, and 44% said it’s too early to determine.

One respondent said, “When it comes to showcasing new technology, most vendors will do a big launch at the first event and have a much smaller (if any) presence at the second event. Also, event fatigue is a thing, so it’s unlikely that NAB 2021 will have quite the same buzz.”

To delve a bit deeper, we asked some industry professionals their initial thoughts on whether they’d attend both shows and also what their overall opinion is about the changes. Here’s what they said:

Look back over the last 20 years. Recall those surprising moments when company X or company Y defiantly declared they would never again be seen on the floor of one show or another. Whatever their motivations, it seemed a bit rash at the time. Now, the pandemic has thrown cold water on old thinking, affording everyone else ample time and distance to completely reassess how we’re engaging our audiences and how shows will fit into our plans going forward. What’s encouraging is that our industry is adapting to the situation faster than we might’ve ever assumed possible, including IBC and NAB which are evolving right before our eyes.

I can appreciate that moving a long-standing and key industry trade show such as NAB from its traditional April time slot to October was a difficult decision, but I also understand that by doing so, it increases the odds that the show can take place and also allows exhibitors and attendees more time to prepare. This year has certainly been unstable and unpredictable and we, as an industry, are trying to figure out how to move ahead into 2021 and maintain a balance of safety and profitability. With the two shows so close together next year, manufacturers and attendees have a lot to think about. I believe that new product announcements, solutions or any key news will be revealed based on which market it has a greater impact in. For instance, more US-based news will be released at NAB, while news impacting the European broadcast, production, post and streaming markets will be announced earlier at IBC.

“Staff will no doubt be split to attend one or the other, with likely a few key executives needing to attend both. It will be a bit of a juggling act, and there will no doubt need to be a virtual aspect as well, but I can’t see any other way of approaching the two shows other than by releasing products, news and solutions based on geography and/or market segments.

Moving the show dates so close to each other will force some, maybe many, attendees and visitors to choose between them. Asking people to visit both sides of the world within a month is expecting a lot. Also, it means major announcements may shift to one time of the year as well.

I have mixed feelings about the change to online webinars. A lot of information gets packed into the presentations, which is great, especially if they are recorded. However, often so much detail is delivered in a powerpoint show that it’s difficult to take advantage of. They can be very time-consuming for journalists. It will be better when they aren’t happening all at once. Finally, nothing replaces meeting people face to face and seeing what they do. It makes a huge difference and I’ll miss that.

I think the biggest challenge is going to be for the manufacturers – deciding which trade show they will pick to announce new products or updates. This year we’ve seen product makers not being forced to shove a new product launch into a specific date, like the first day of a traditional NAB, for example.

The date change was inevitable, and at this point we don’t know if the 2021 shows will actually happen, or in what way they will happen – limits to the amount of exhibitors, attendees, etc. I don’t think in-person trade shows will go away, necessarily, because they offer the opportunity for face-to-face networking, which is hard to replace with a Zoom video call and something people will be pining for after so long without travel and contact. So, they won’t go away, but they won’t look like they once did. They will be smaller and likely shorter, I think. Adversity breeds innovation, so maybe a more modern trade show will be born.

Another important factor to consider is that we don’t know where things will stand come September and October 2021. We’re all hoping and expecting things to be better than they are now, but if we’ve learned anything over the last six months or so, it’s that a lot can change in a month’s time. The only way we can adapt to any type of “new normal” is to be prepared and open to changes as they come – much like the media industry has been doing.

Are you planning your conference schedule for 2021 already? Our Los Angeles director Kim Willsher shared some tips and comments from our Convoy network of international agency partners on how media tech marketers can raise brand awareness and generate sales leads in the absence of shows (see blog here).

We also put together a myth-busting eBook packed full of regional insights from our Convoy network. Click here to download your free copy now!

Media and EntertainmentTrade shows
Back to Blog 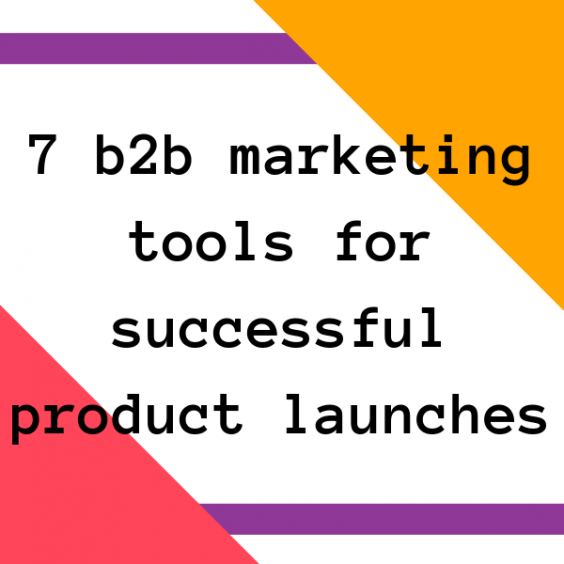 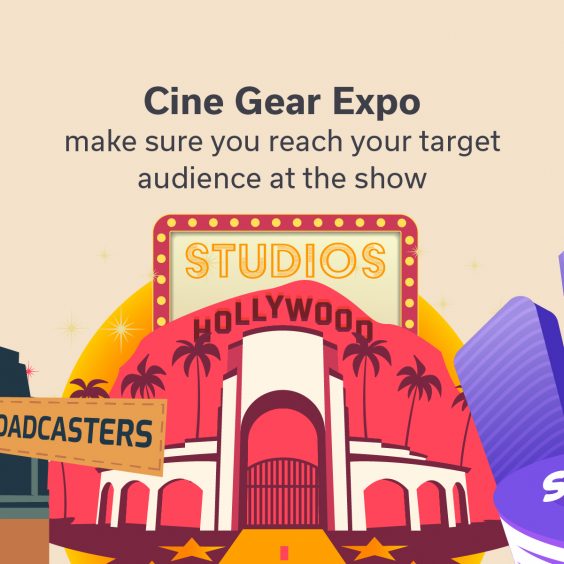 Cine Gear Expo – make sure you reach your target audience 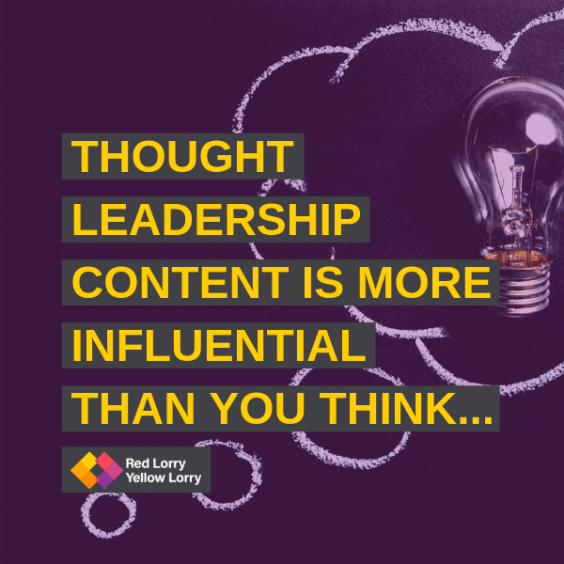 Thought leadership content is more influential than you think